Have you ever been guilty of thinking your body isn't 'perfect' enough to be a model? Check out these models who prove there's no such thing as the perfect body for modelling!

Half-Pakistani/half-German Amina is 5'1" tall. She has walked on the runway for Kanye West 5 times and has featured in CR Fashion Book!

Curve model Tess is 165 cm tall wears a US size 22. When she was just 15 and a US size 16, Tess was told that she'd never make it in the industry because she was too short and too big. Since then she's definitely proven that wrong as she has been featured in Vogue Italia and People magazine, and has worked for many other brands including Torrid!

Shaholly was born without most of her right arm. Despite this, she has walked for New York Fashion Week six times, and has been featured in GQ Italia, GQ Japan, US Weekly, Glamour, People.com, SHAPE, and Women’s Health

Want to learn how to become a model?

Winnie's beautiful skin is a result of an autoimmune disease called vitiligo. Her career has absolutely taken off! She has walked in London Fashion Week and the Victoria's Secret Fashion Show, and has featured in a number of magazines including Cosmopolitan and Complex.

IMG model Gizele has shown off her stretch marks in a number of her images. These stretch marks definitely haven't held her back though - she's been featured on the cover of Elle magazine, and has worked for brands such as Revolve!

Victoria's Secret Angel Taylor is no stranger to skin struggles. She shares her unfiltered skin on Insta and shows that she too struggles with the occasional acne flare-up!

Jillian Mercado has muscular dystrophy and uses a wheelchair. She has worked for major brands including Diesel and Target! 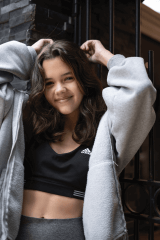 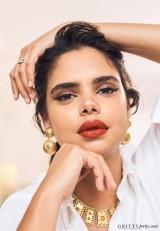